This is top bar widget area. To edit it, go to Appearance – Widgets 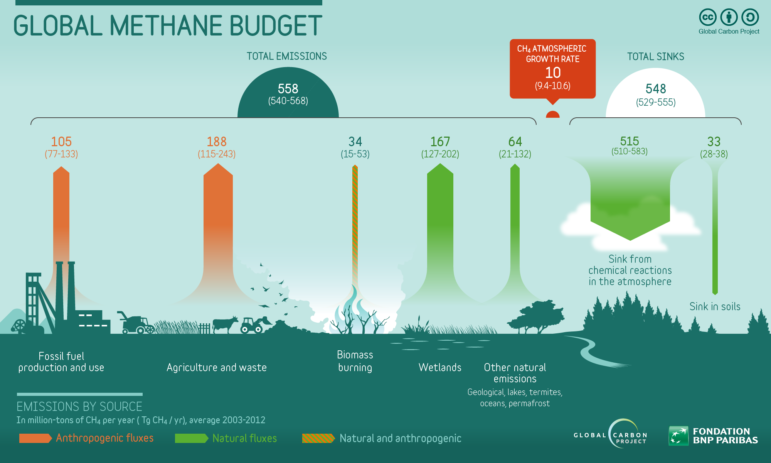 A new U.N. report focuses on the importance of curtailing methane emissions as absolutely critical to reducing the threat of runaway climate change. This report vindicates what environmentalists in Connecticut have said for years, that building more fracked gas (so-called natural gas, which is nearly 100 percent methane) infrastructure is not a bridge to the future, it’s a bridge to disaster. Counter to the evidence that methane gas use needs to decline rapidly, our state continues to approve new gas power plants, compressor stations, and pipelines. Here’s looking at you, Gov. Ned Lamont.

Ten years ago I wrote a piece for an environmental magazine  about the role of methane, which is 25 times more potent that carbon dioxide in warming the planet over a 100-year period, 86 times more potent over a 20-year period, and 100 times more potent over a 10-year period. That’s less time than we have left to cut overall emissions in half by 2030, according to the experts at the UN’s Intergovernmental Panel on Climate Change, and to have any realistic hope of preventing runaway climate chaos, with its point-of-no-return tipping points like sea level rise and accompanying horrors such as the inundation of infrastructure in major East Coast cities including sewage and water systems, increased infectious and mental diseases, loss of property, and threats to food and drinking water.

This is why young people are “calling BS” on adults’ lackadaisical approach to the climate crisis.

While there is more carbon dioxide in the atmosphere than methane, the latter is both much more powerful and dissipates much more quickly, making reducing it the biggest bang for the buck in addressing the crisis.

Methane isn’t released from burning gas in power plants but is released from planned and unplanned leaks at every step in the extraction and transportation process, from well heads in the fracking fields of Pennsylvania, to compressor stations and pipelines, to inside our homes.

Which is why Gov. Lamont’s climate bill, now Senate Bill 882, is fatally flawed. According to the bill summary, “This bill requires the state to eliminate greenhouse gas emissions from electricity supplied to electric customers in the state by January 1, 2040.” That sound great, but it conveniently leaves out all the greenhouse gas emissions generated in our state but not consumed in our state. Connecticut already has more gas energy infrastructure than any other New England state, and exports a significant amount of power out of state, which leaves Nutmeg State residents bearing the burden of toxic emissions that threaten both climate and health. SB 882 would codify that permission for energy companies to continue to pollute our air as long as the power was for out of state export.

New gas plants came on line in the past few years in Oxford and Bridgeport, and another one is awaiting final approval in Killingly. This small and economically distressed town already has one operating fracked gas plant. So the town will suffer the terrible health impacts associated with power plants, and the connection to gas at local schools will provide at best a Faustian benefit, when the negative health impacts on children from gas are taken into account. The new power plant will not even reduce local ratepayers’ energy costs. And methane emissions will go up, continuing the slide into certain climate catastrophe.

The new U.N. report says rolling back methane leaks will show improvements in public health (mostly from reduced asthma attacks and deaths) within ten years, and climate benefits within 20 years. The argument by NTE (the company proposing to build the Killingly plant) and some of our elected officials that a new gas plant will replace even dirtier power is irrelevant, since methane itself is an immediate climate threat, and is worse for the climate even than burning oil or coal.

In March, 18 local and statewide environmental organizations sent a letter to the Connecticut legislature urging amendments to SB 882 to correct the failure to make electricity generation zero carbon as well as supply, and to map a clear path to a renewable energy future. In addition, the CT Climate Crisis Mobilization (C3M), of which I’m a member and which includes more than 100 organizations around the state, decided to oppose SB 882 unless it is amended “to eliminate greenhouse gas emissions from electricity produced in the state by January 1, 2040.” We don’t have time for clever sleights of hand or continuation of business as usual. We call BS.

CTViewpoints welcomes rebuttal or opposing views to this and all its commentaries. Read our guidelines and submit your commentary here.